Forms of multilingualism in European history

Subproject of DYLAN (Language Dynamics and Management of Diversity)

DYLAN is an Integrated Project funded by the European Union. The project embraces research teams from 19 universities in 13 different countries working together and is located within the framework of the EU-programme Linguistic diversity in a European knowledge based society (Priority 7, Call 2, Topic 3.1.1). Work on the project started on the 1st october, 2006.

DYLAN's main research question focusses on the conditions under which Europe's linguistic diversity can be an asset for the development of knowledge and economy.

The 19 research teams are conducting research on multilingualism in three domains: (multinational) companies (this research is carried out by the teams united in Work Package (WP) 1), EU insitutions (WP 2) and educational systems (WP 3). In WP 4, there is one team (research team 4.1, UNIGE) dedicating its research to aspects of efficiency and fairness of different forms of language use. Another team (4.2., UNIVIE) focusses on English as an emergent variety. Finally, the Berlin team (4.3) deals with the historical dimension of multilingualism.

At the DYLAN meeting in Barcelona on January 26th and 27th 2009, the first results were presented, discussed and summarized in so called Working Papers of approximately 3 pages. These Working Papers can be downloaded from the DYLAN website.

As the research of DYLAN is carried out by teams from different fields of linguistics, adhering to different schools, applying different methods and studying multilingualism in different domains, these first results cover a wide area. However, there are recurring topics as well: what has been observed across various research tasks is a mismatch between policies and practice. In some cases it is a mismatch between a multilingual policy and a monolingual practice (e.g. in EU Institutions). In some other cases it is a mismatch between monolingual policy and multilingual practice. This concerns for example the case of secondary education in Brussels (research team 3.6, VUB) where educational policy strongly advocates the use of only standard Dutch in Dutch speaking schools in Brussels. However, language practices are mostly multilingual, including hybrid language use.

Forms of multilingualism in European history

One of the most far-reaching changes to the linguistic landscape of Europe since the Middle Ages was the emergence and consolidation of standard languages. In present-day Europe, it is a fairly common belief that every state has one (or more) national language(s) and that these languages are well-defined standard languages with strict norms. This presumption plays an important role in current discussions on language topics: the position of migrant languages, the future of Europe's lesser used languages, the possible threat of English to the respective national languages, the (desired) role of lingua franca's and the goals of first and second language education.

What is often overlooked is that the notion of a well-defined language with strict rules ('principle of normativity') linked to a specific territory ('principle of territoriality') only developed over time and that it has to be viewed in relation to societal, political, economic and ideological changes which affected Europe from the Middle Ages onwards.

It is the task of the research of the Berlin team of DYLAN to map out this context within which standard languages developed in Europe. The overview the Berlin team is preparing draws on existing research on the history of standard languages in different areas of Europe. It focusses on general lines of development and takes into account both the common developments across Europe and the differences between the respective European language areas as concerns the selection of standard languages. It is supposed to be a first step towards a typology of 'standardization histories'. 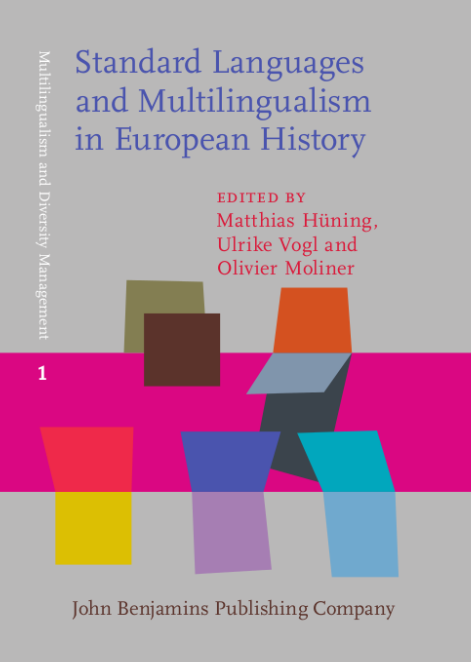